Work from home, if at all possible, they said!
Conceptual art from artists across the UK. Hulabhaig is pleased to bring together some personal works for a personal space. This collection represents my own interest in conceptual art, often misunderstood, sometimes in-comprehendable, odd and rarely explained by the artists, but each has a story to tell if you can find it... 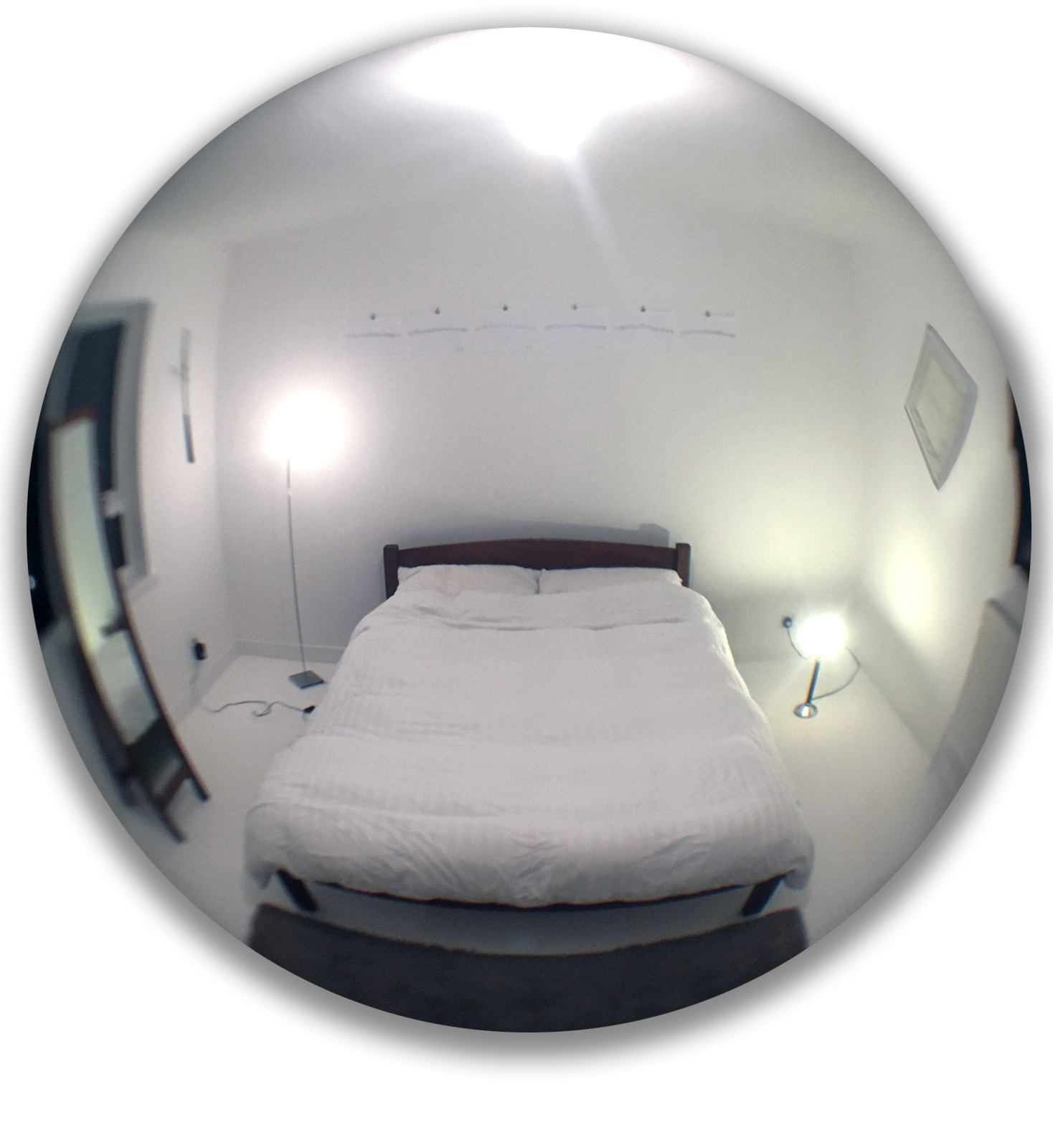 Sheehan's interests lie within the ambiguous and the absurd nature of existence.

He is intrigued as to how one operates within the realm of such ambiguity in a hurried, yet futile attempt to place meaning and purpose upon oneself, ones ideals and one's surroundings.

Stephen Sheehan uses his body to express concepts that question life, challenge the way we think and create debate amongst the audiences who encounter his work. Sheehan finds performance a very liberating method, needing nothing more than his body and an idea to make it happen, he becomes a living, breathing, piece of art. This is balanced by the natural curiosity of the often unassuming audience who may encounter Sheehan doing something unfamiliar. They want to understand.

Placing Shredded Paper Onto a Shelf 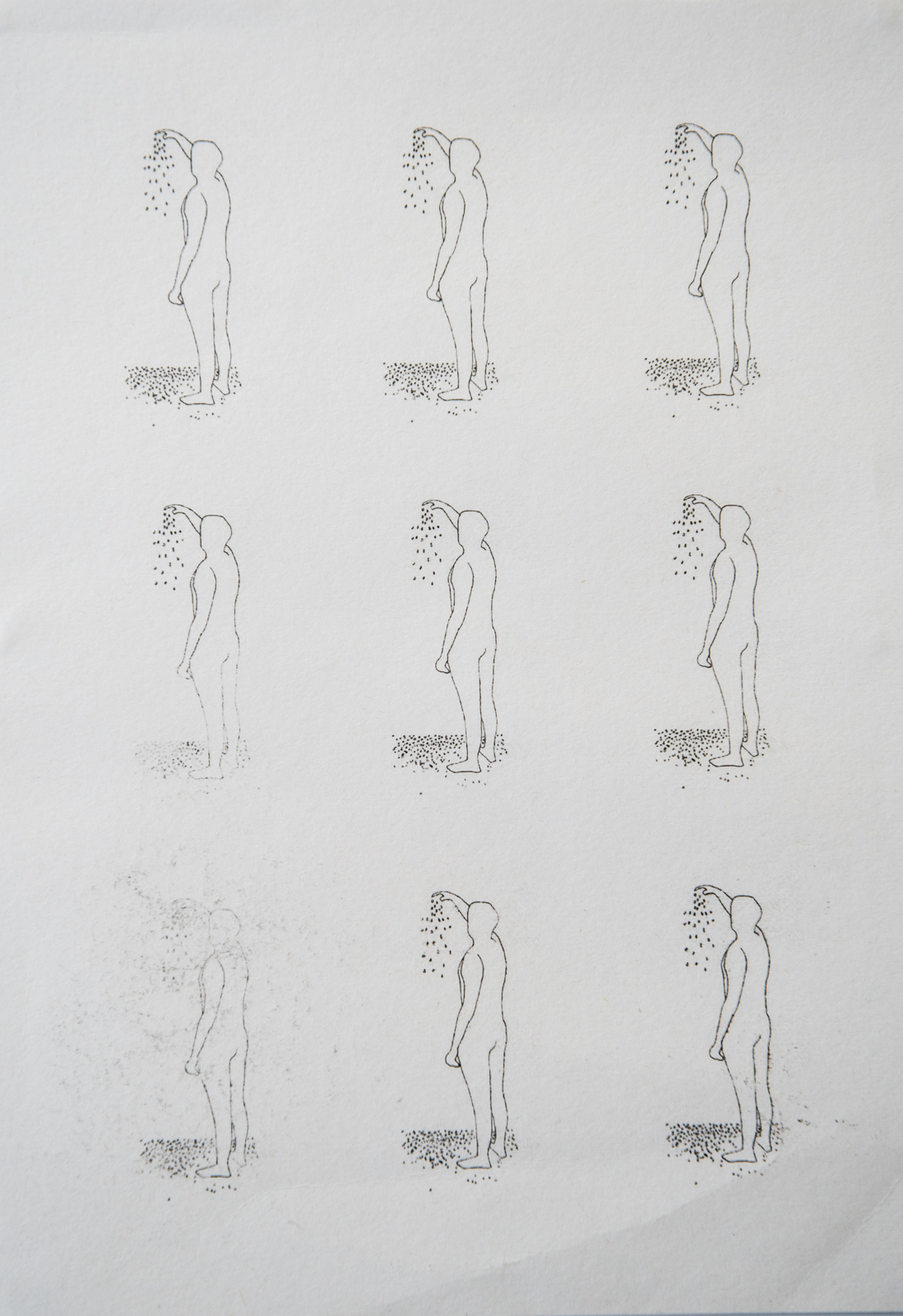 Dropping a stone into a bucket 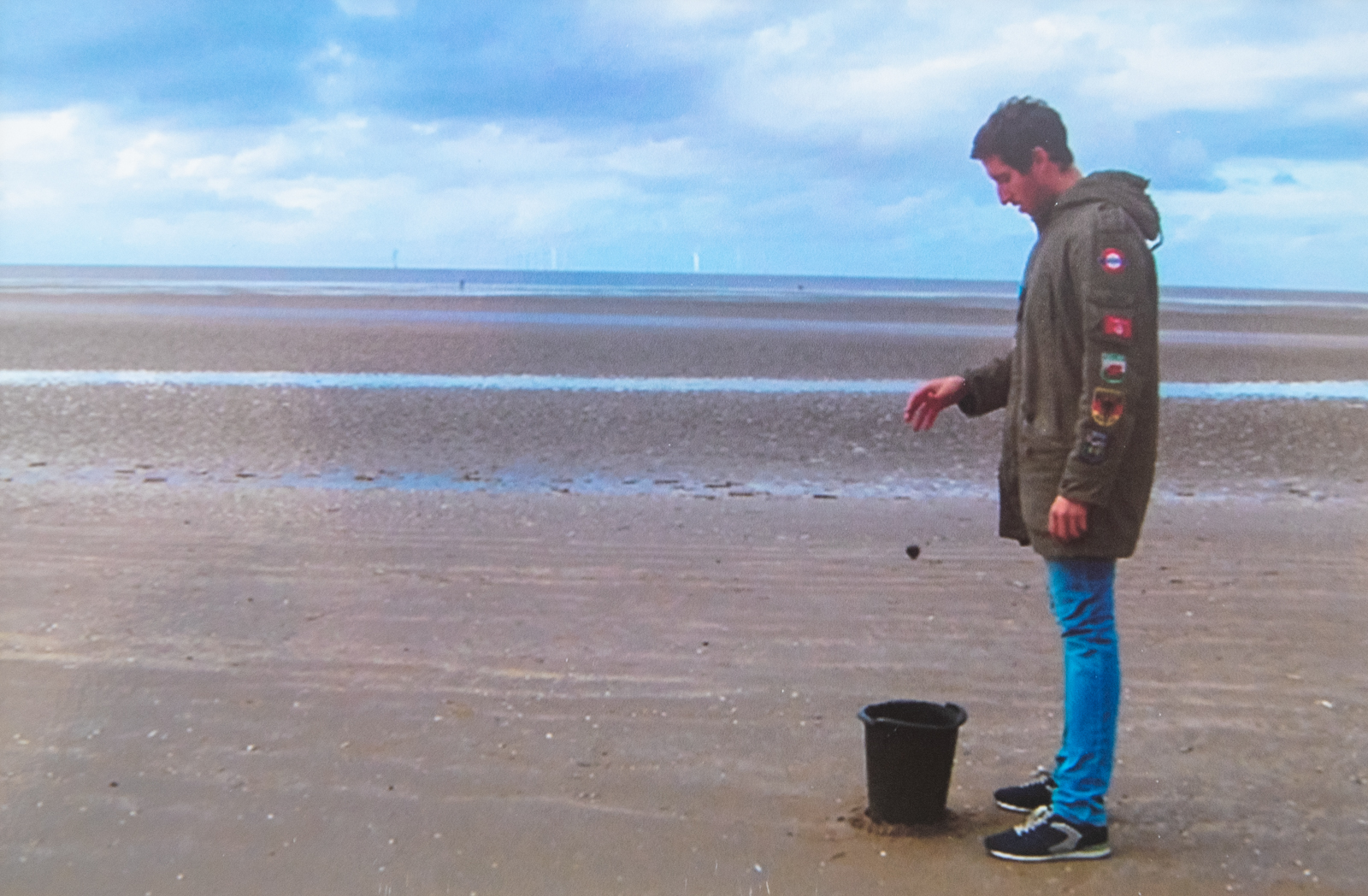 Conceived during a power cut in the second half of a previous century, the future various artist was raised out of stoical Black Country stock.
Having gained a modest Masters at a prestigious Midlands art and design institution various - as he now referred to himself, retreated to the South Worcestershire badlands to curse his luck and contextualise his wounds.
Finally aged 39 and with his wealth and health receding faster than his hairline various realised his only option was to become a legend, so, and in the absence of any obvious painting skills he swore to 'poke and provoke' whilst at all times chasing that elusive beast, the sublime.
To this day widespread acclaim has proved elusive and yet he still continues to divide opinion: considered by some to be 'legend' and by others to be a 'charlatan' the truth as always lies somewhere inbetween the two. 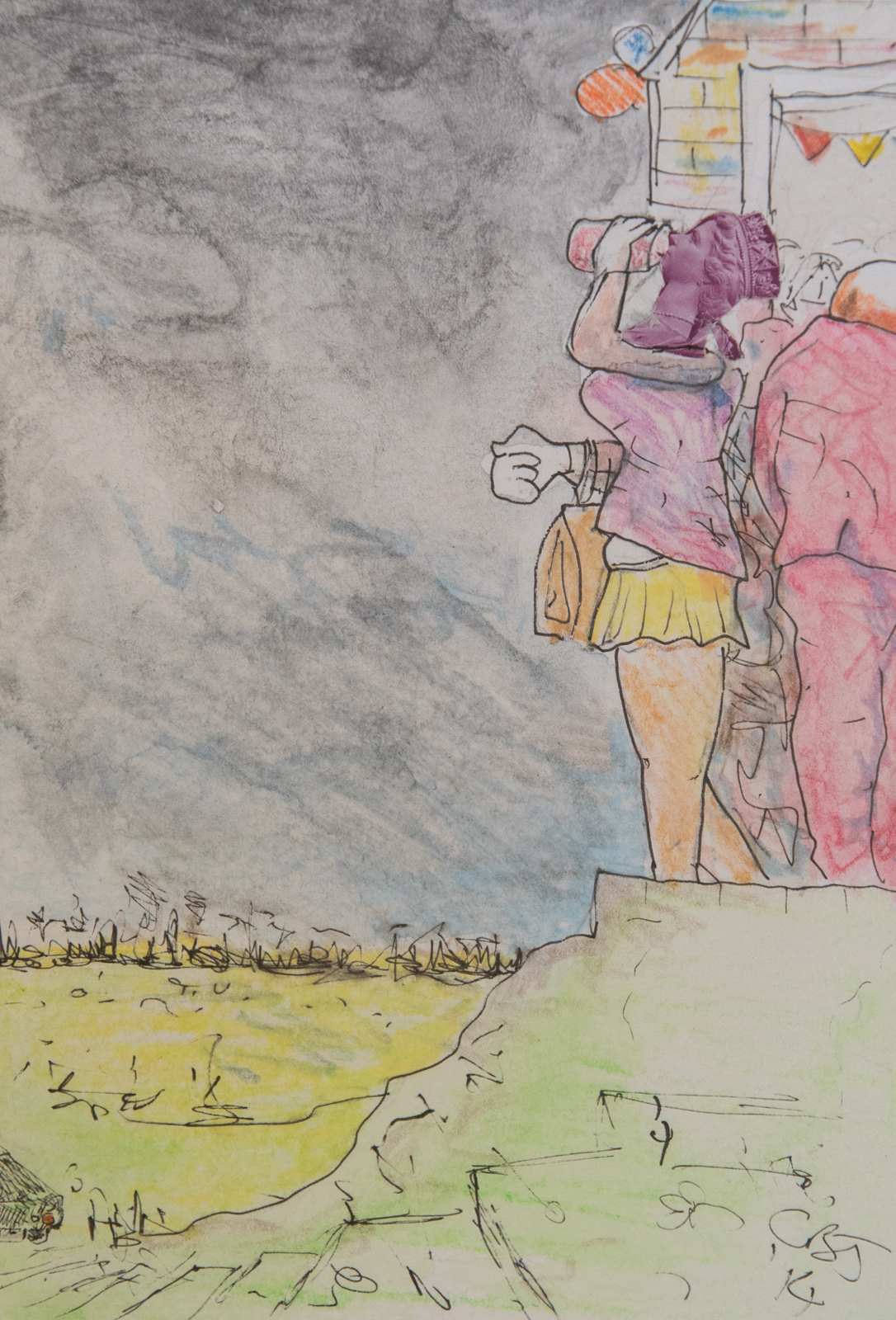 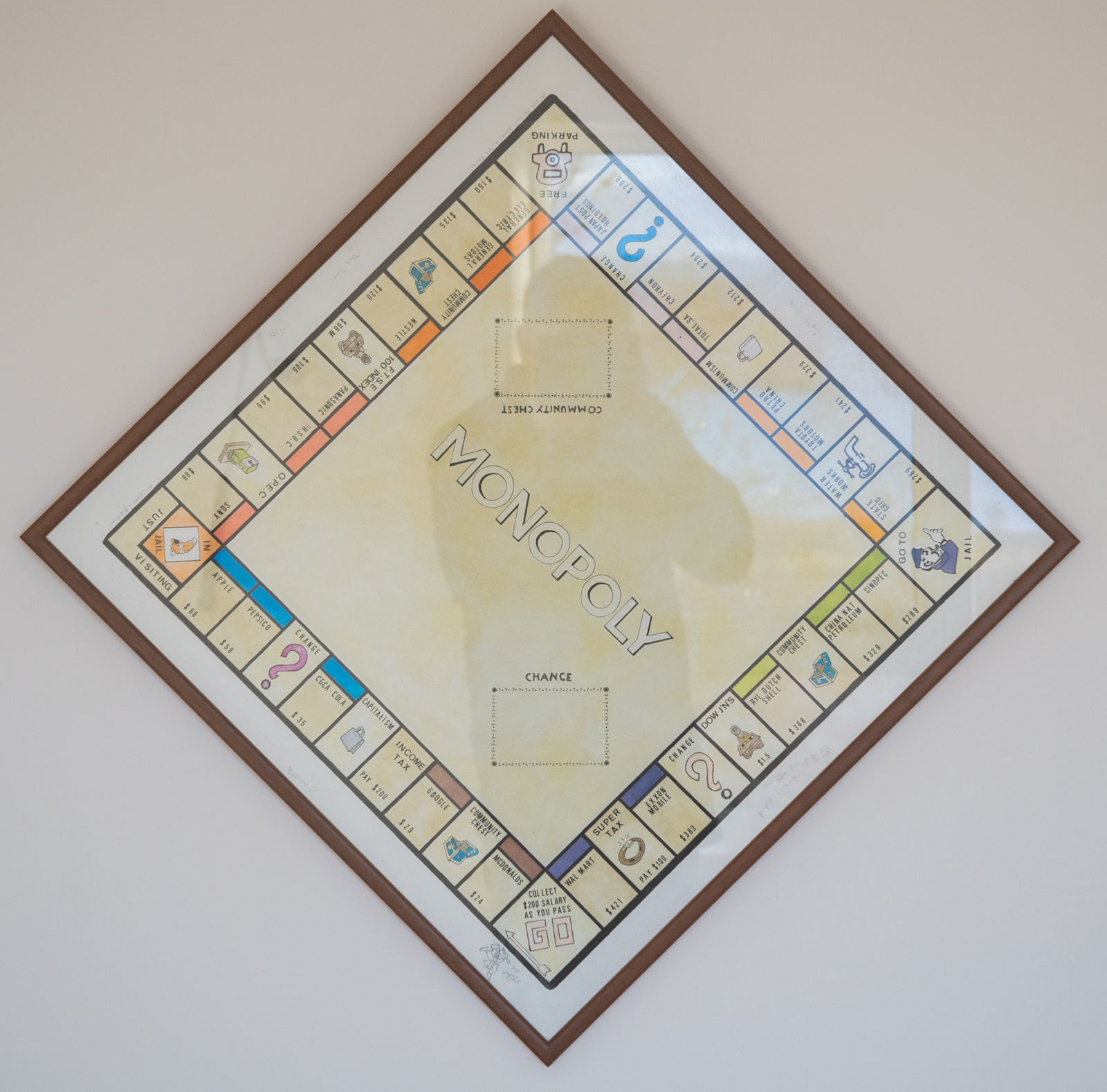 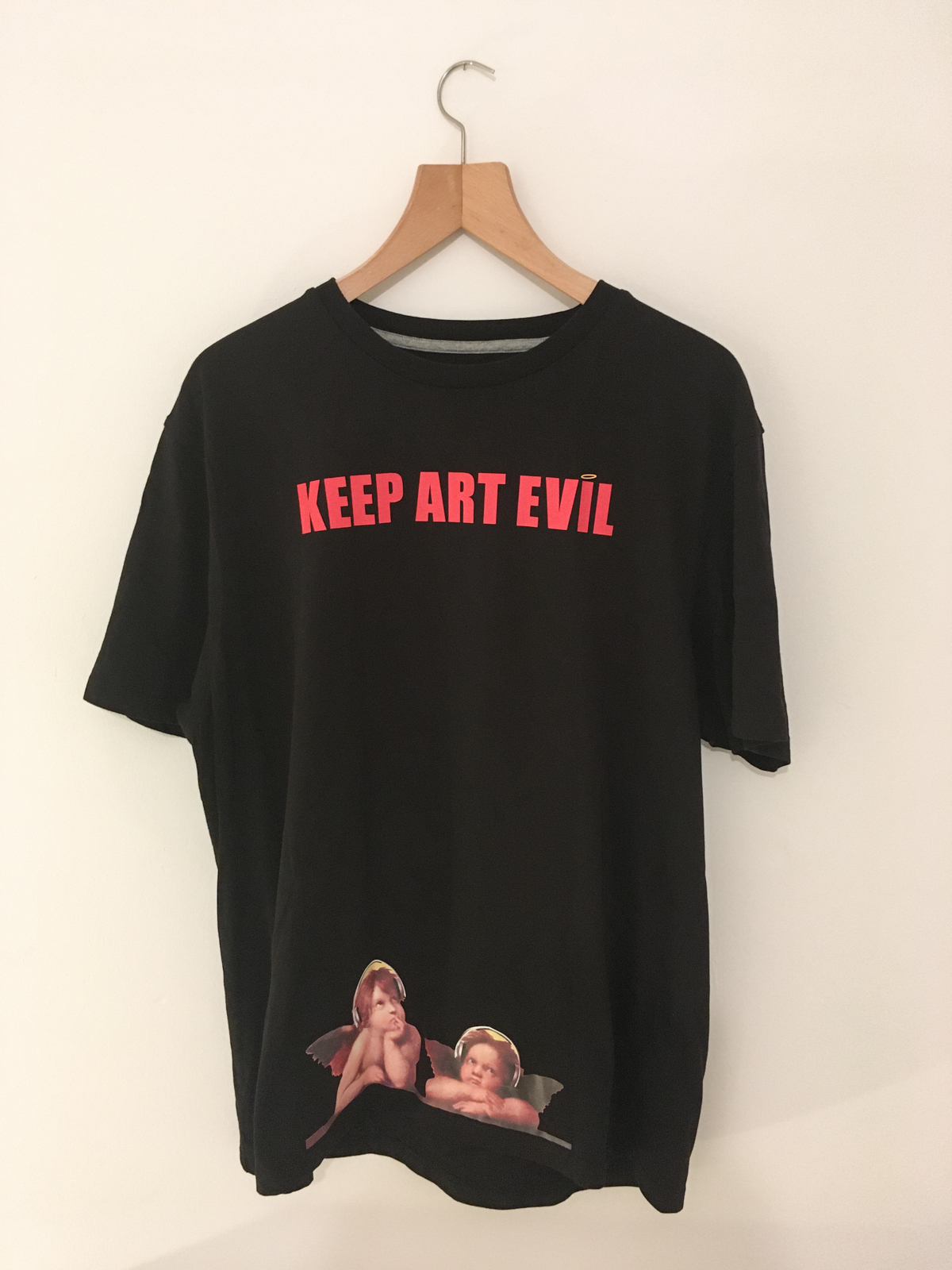 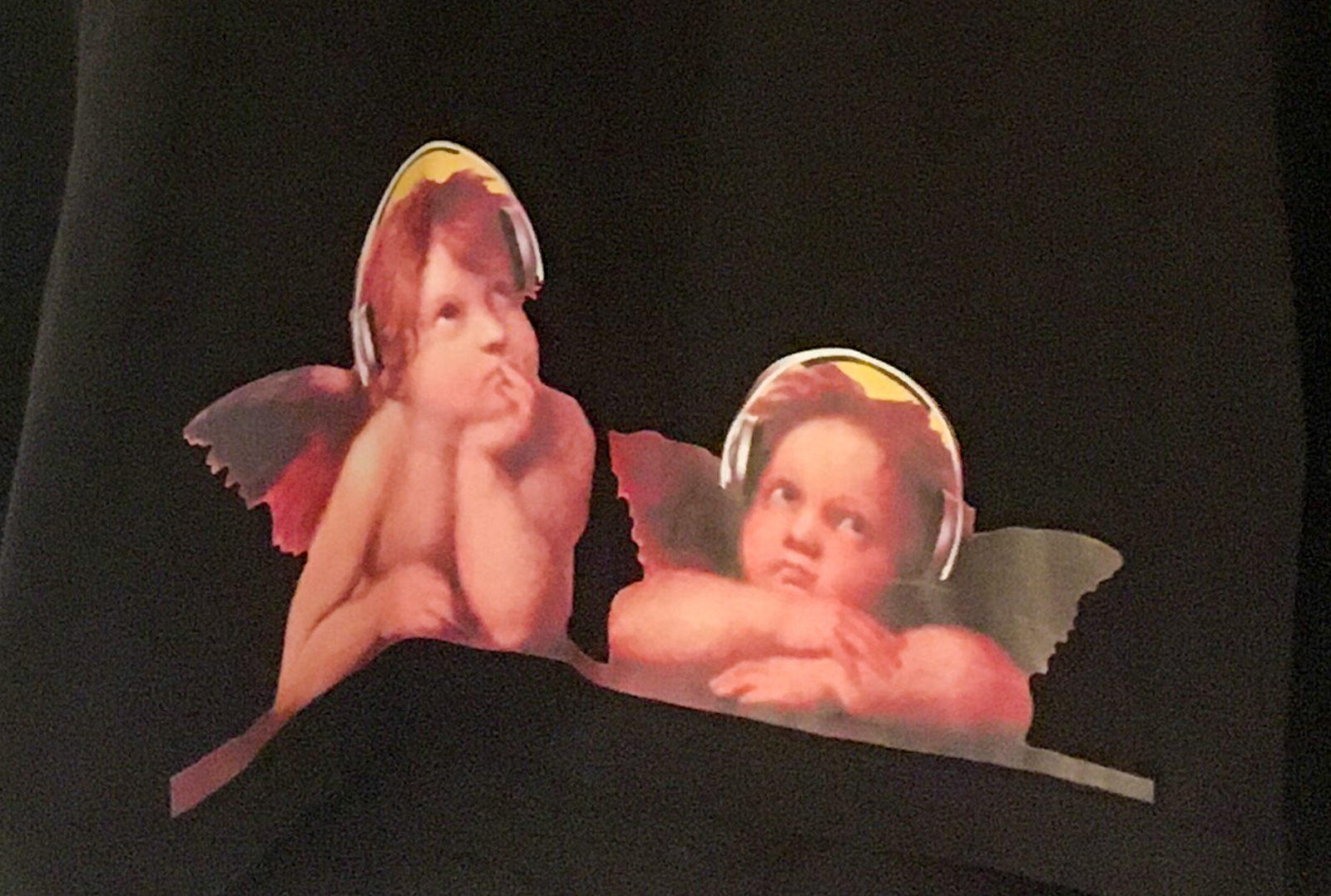 As a child, Kirsty Harris attended CND rallies with her family. Inspired by a protest image of Thatcher and Reagan, etched on her young mind by a poster that hung in the family home, they would call to Ban the Bomb. As an adult, Harris marvelled at a painting of a cloud by Gerhard Richter in the Tate. She began to investigate the possibilities of figuration by looking at clouds and cloudscapes, wondering if there was another way to depict the landscape. These two seemingly unrelated experiences brought her to the essence of her artistic practice.

All of this led Harris to a remarkable conclusion: there is beauty in brutality, and brutality is to be found everywhere in man and nature, where striving and the fight for survival are necessarily taken to extremes. Harris’ work focuses that moment when nature becomes the collateral damage in humanity’s last resort: the nuclear bomb, for Harris, represents a sublime form of nihilism in which victory – over the enemy and over reason – is negated by its means. This gives rise to art which captures the quiet, brooding awe of the unspeakable power of obliteration.

(Extracts from Stop Worrying and Love the Bomb, An essay by Dr. Daniel Barnes) 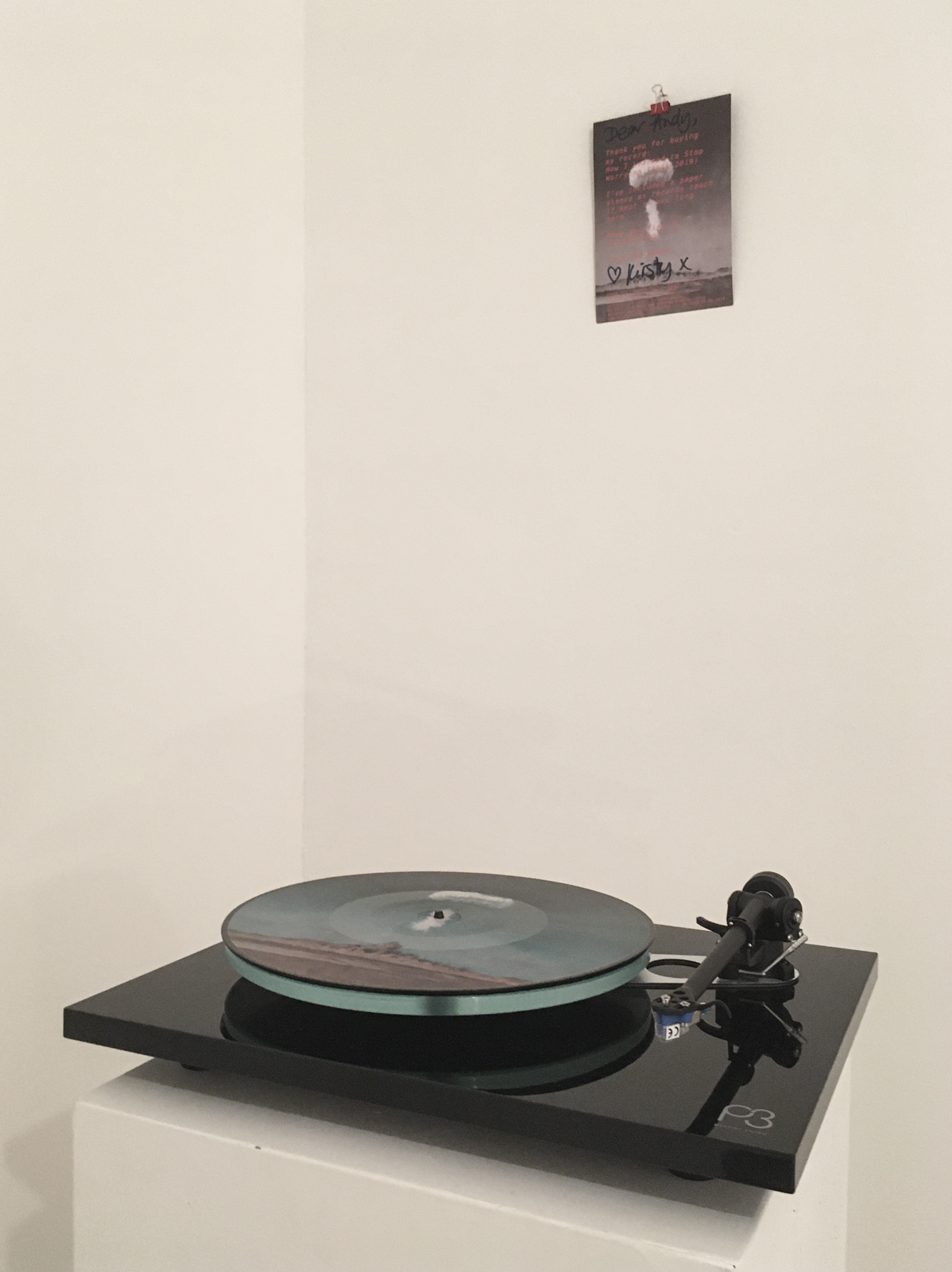 This composition is a musical account of every officially recorded nuclear explosion detonated between 1945 and the present day.
Each different instrument represents a country that partook.
Each month in history lasts a second on the recording.
Each note played depicts a single bomb. 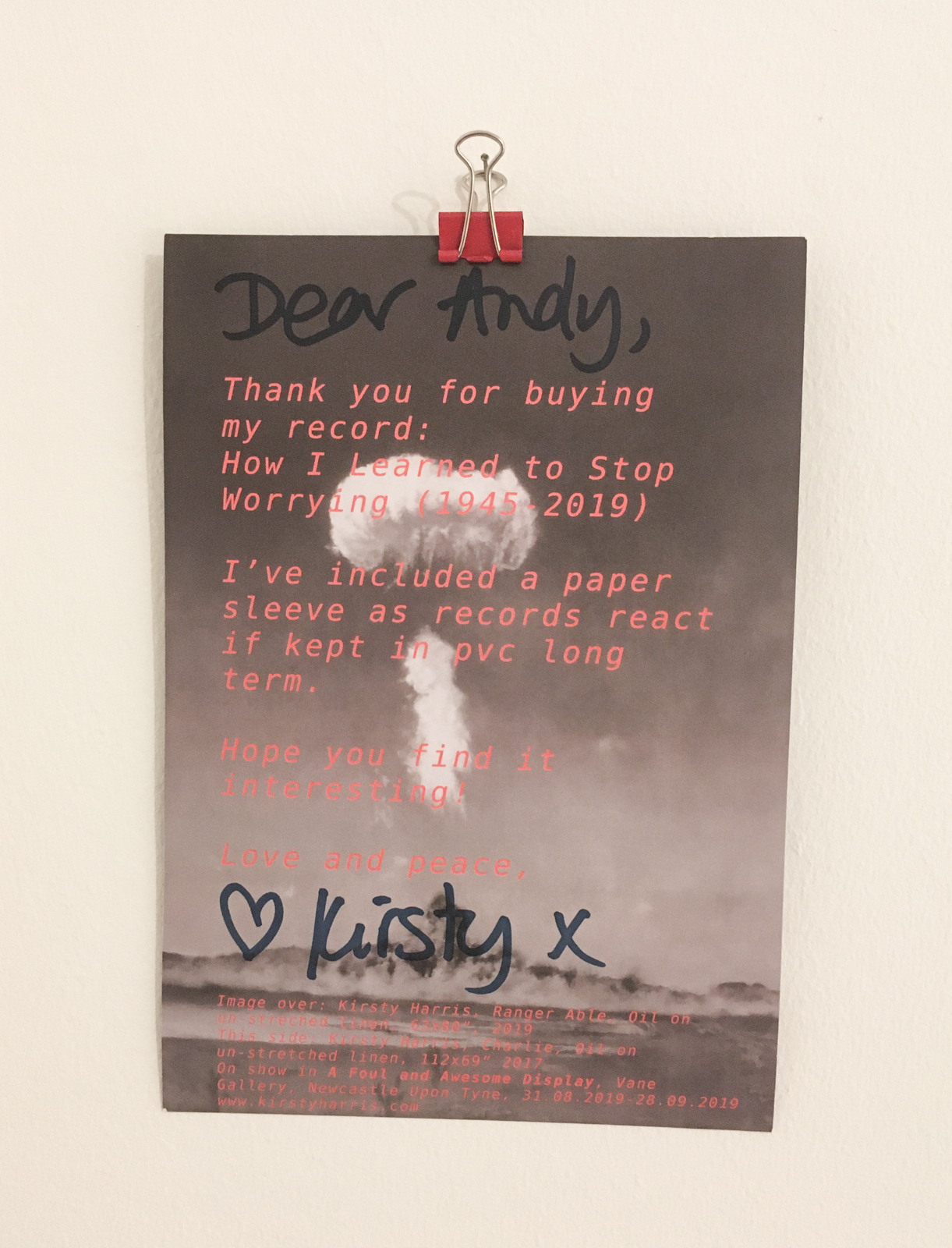 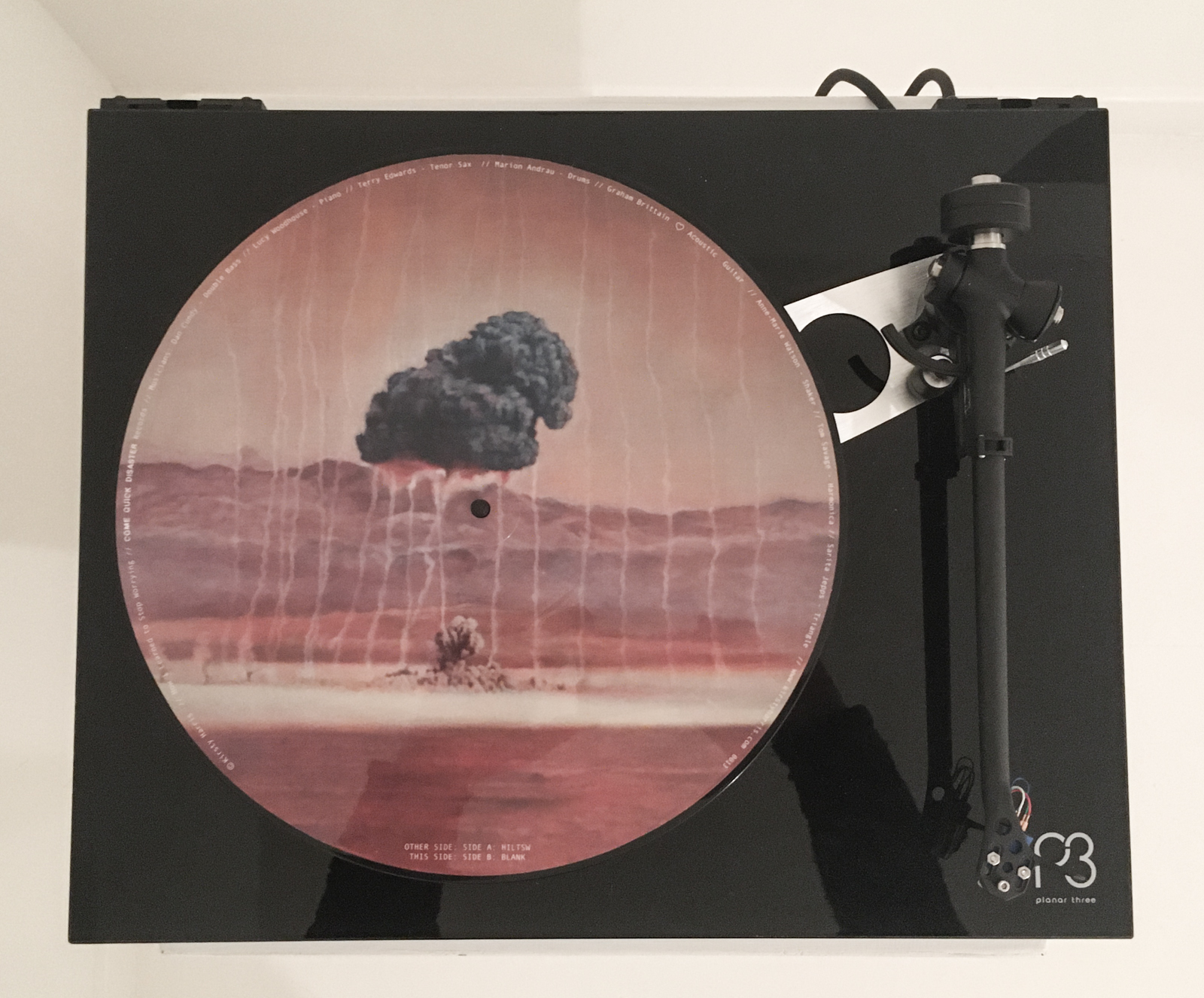 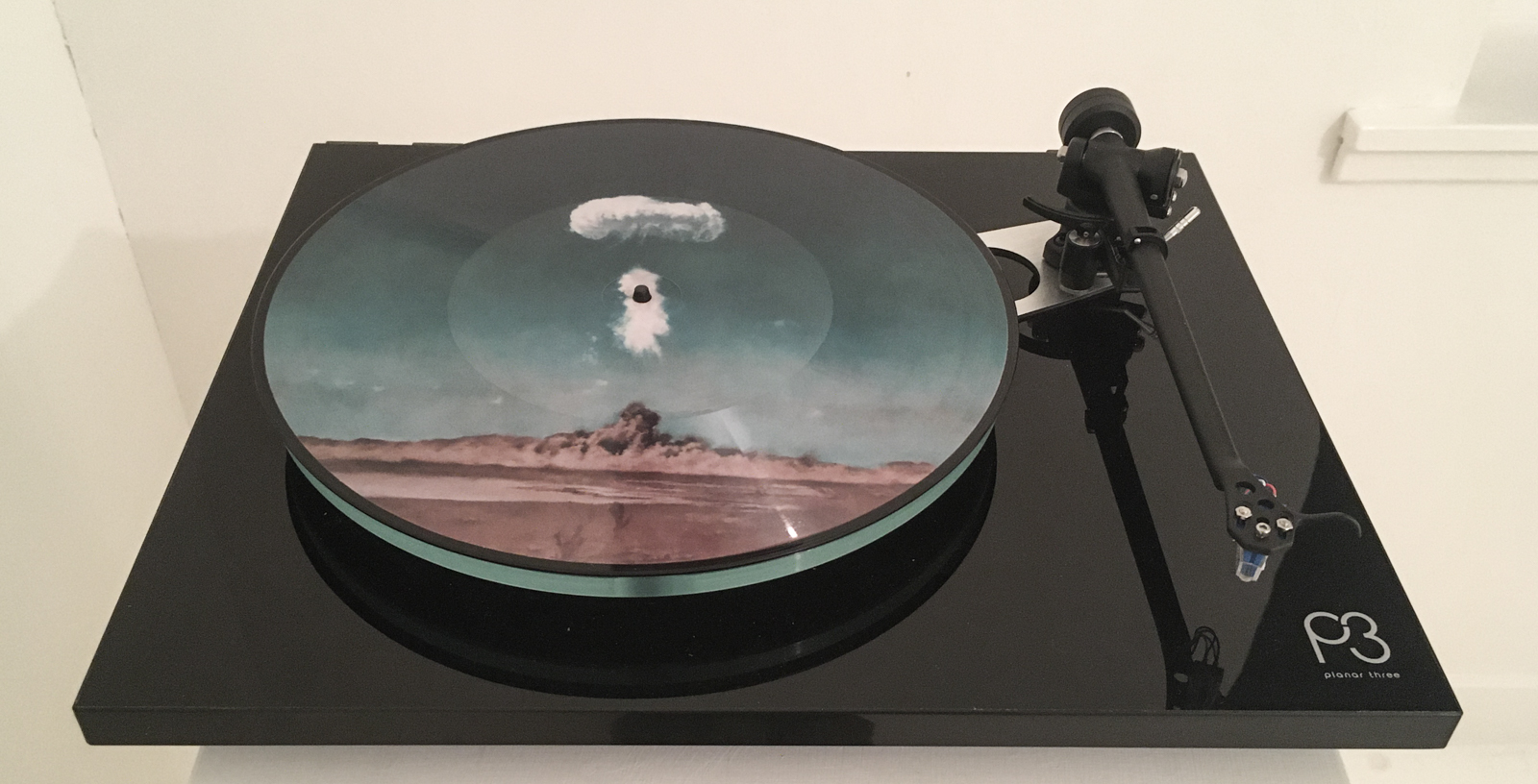 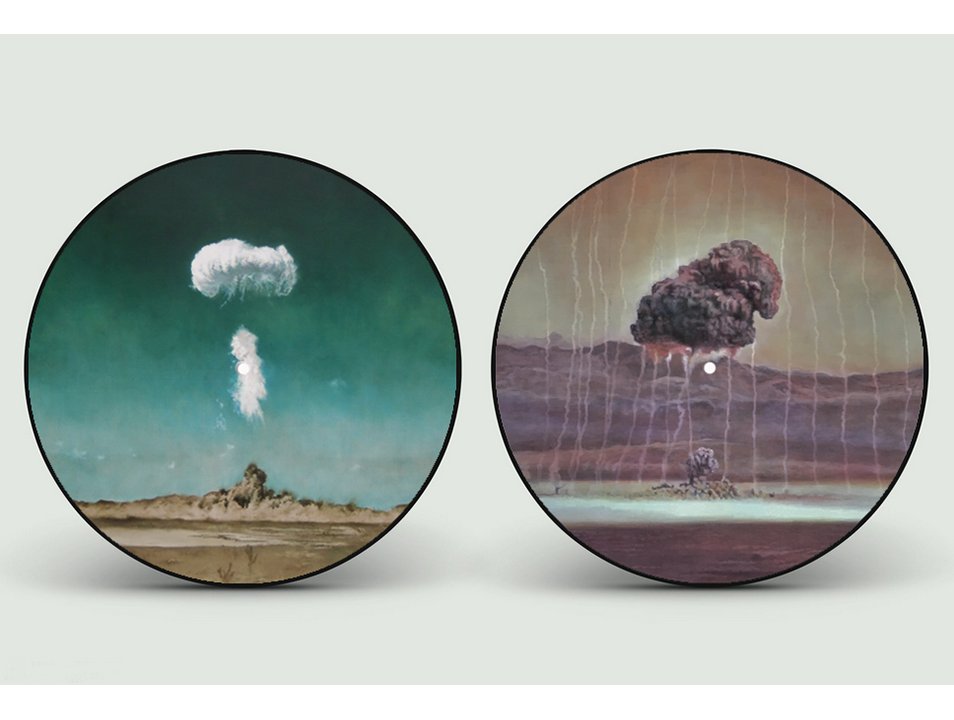 Working across performance, sculpture, text and video, he constructs situations that insert disobedience and confusion into hegemonic structures. Many of his projects intervene in systems of production, exploring the relationship between consumerism and Empire. 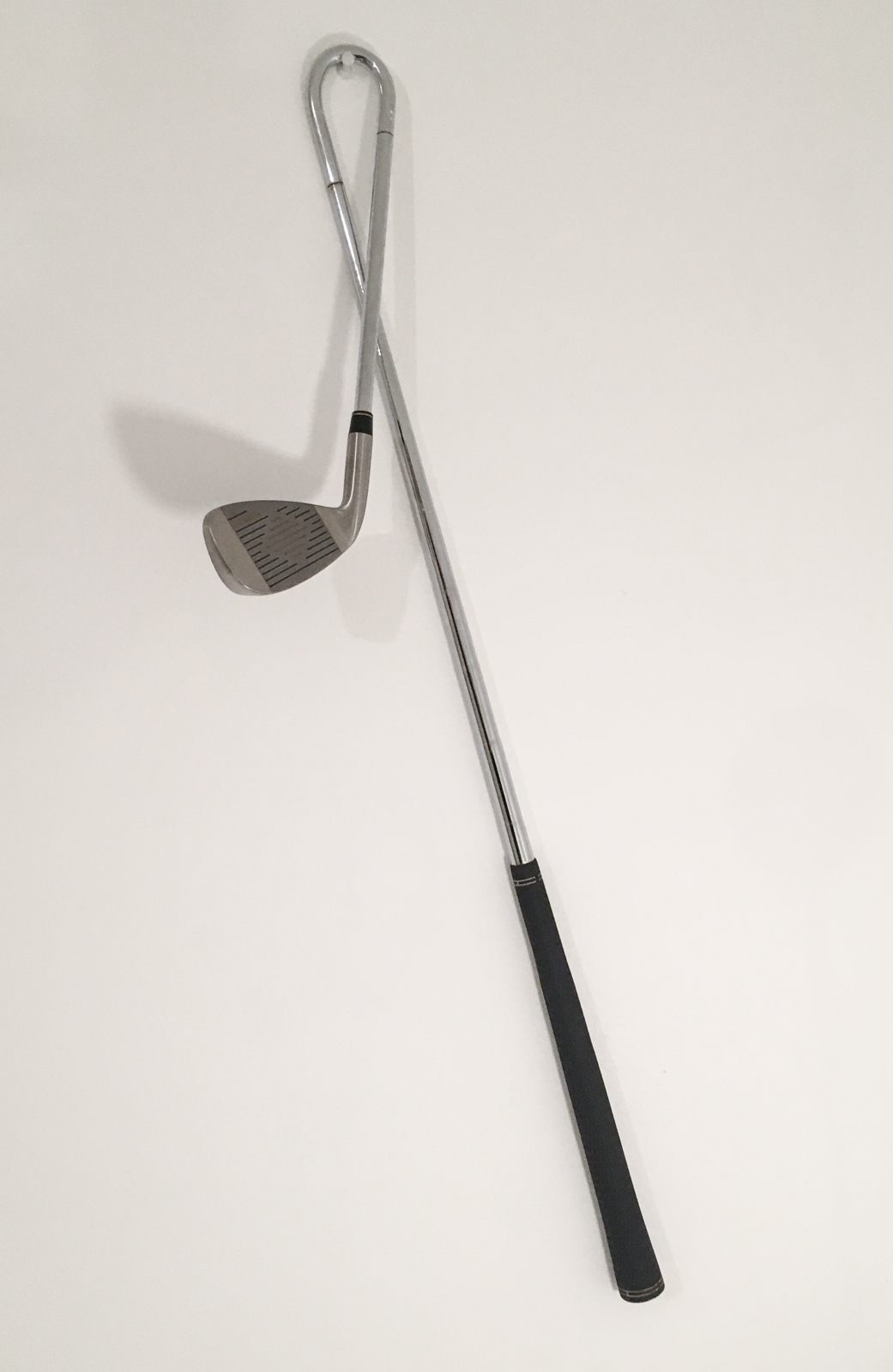 ERRATUM® is a luxury brand.
Production line workers across the globe are commissioned to insert an error into the products they make every day, rendering them dysfunctional. They are given complete autonomy over the errors they choose to make.
The resulting collection consists of 21 dysfunctional objects. Embedded in the mechanisms of global production & marketing, ERRATUM® rehearses a scenario where the principles of luxury consumption are brought to their logical conclusion. Divested of material function, twenty-one useless objects are subjected to the apparatus of commodity fetishism. This includes fashion shoot, product advertising, TV trailer, sales assistants, pop-up boutique, online store: www.erratum.co
Meanwhile, the social relations governing the production of these objects is presented in masked form: the conditions of labour hover obscurely around the brand communication. Frequently, its surface is punctured by an economic reality, illustrating the chasm that hangs between production and exchange value.
The work received global press attention, including features in luxury magazines such as The Financial Times’ How To Spend It, and simultaneously in critical journals such as Third Text. 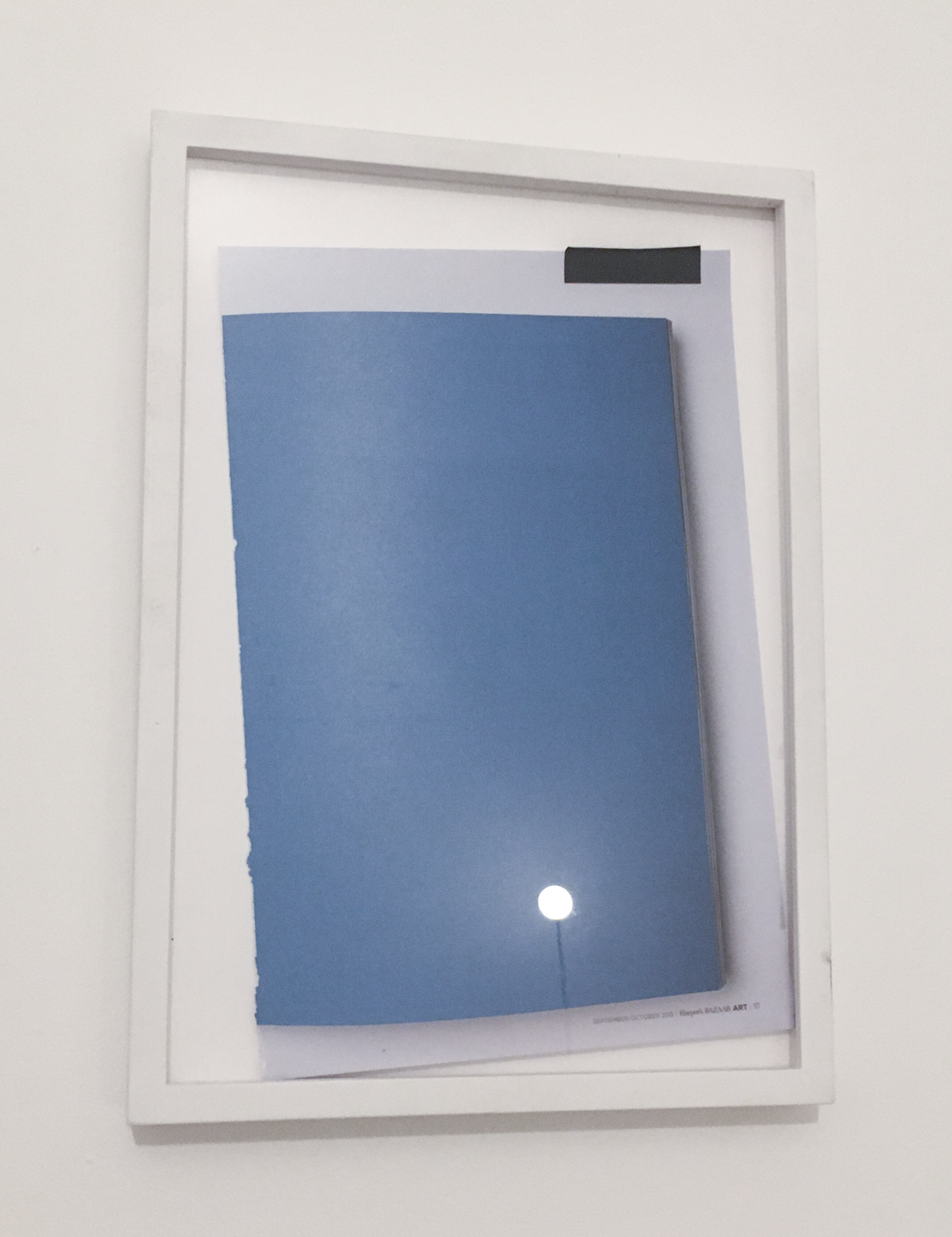 This project addresses the co-option of the colour cyan by Silicon Valley. Skype, Twitter, Vimeo, DropBox, Windows 8 are among many brands to incorporate cyan into their corporate identities. Connoting freedom, formlessness, limitlessness, this colour is deployed in order to mystify the material and economic realities around our digital activity.

For this work, every surface of a gallery is painted cyan. A video shows a digital rendering of the gallery, multiplied through a labyrinth of infinite spaces. The soundtrack to this film is the voice of a Skype user who the artist contacted via an unsolicited request. In intricate detail, this individual describes the room from which he speaks, on the twenty-fourth storey of a residential building in Beijing, China.

​This work explores how the digital network facilitates new forms of domination: by supporting new horizons of reach, narrow forms of reason can expand to become a global norm. In this process, terms like ’domestic’, ‘imperial’ and ‘international’ become tangled up in a much larger complex: one that operates in the deterritorialised field of the imaginary.

Mankini hs always been interested in questioning art. What is art? What isn’t art? Why some things are and some things aren’t? Who makes the rules and who follows them? Are the rules of art part of the art? Are they unsaid rules? Why can’t artists approach galleries? What’s stopping them? What allows an artist to emerge? What is credibility? And if you don’t have it, how do you get it? How many people need to say that you’re credible to be credible? Can you just make it up? Can you borrow credibility from someone else? Is art the idea or the image? Can you really understand an image without understanding the idea? Why do people look at the description of the art on the wall? Does the explanation imbue some sort of meaning? If so, do you even need the image at all?

Since his time at Goldsmiths School of Art he has immersed himself in all things conceptual. 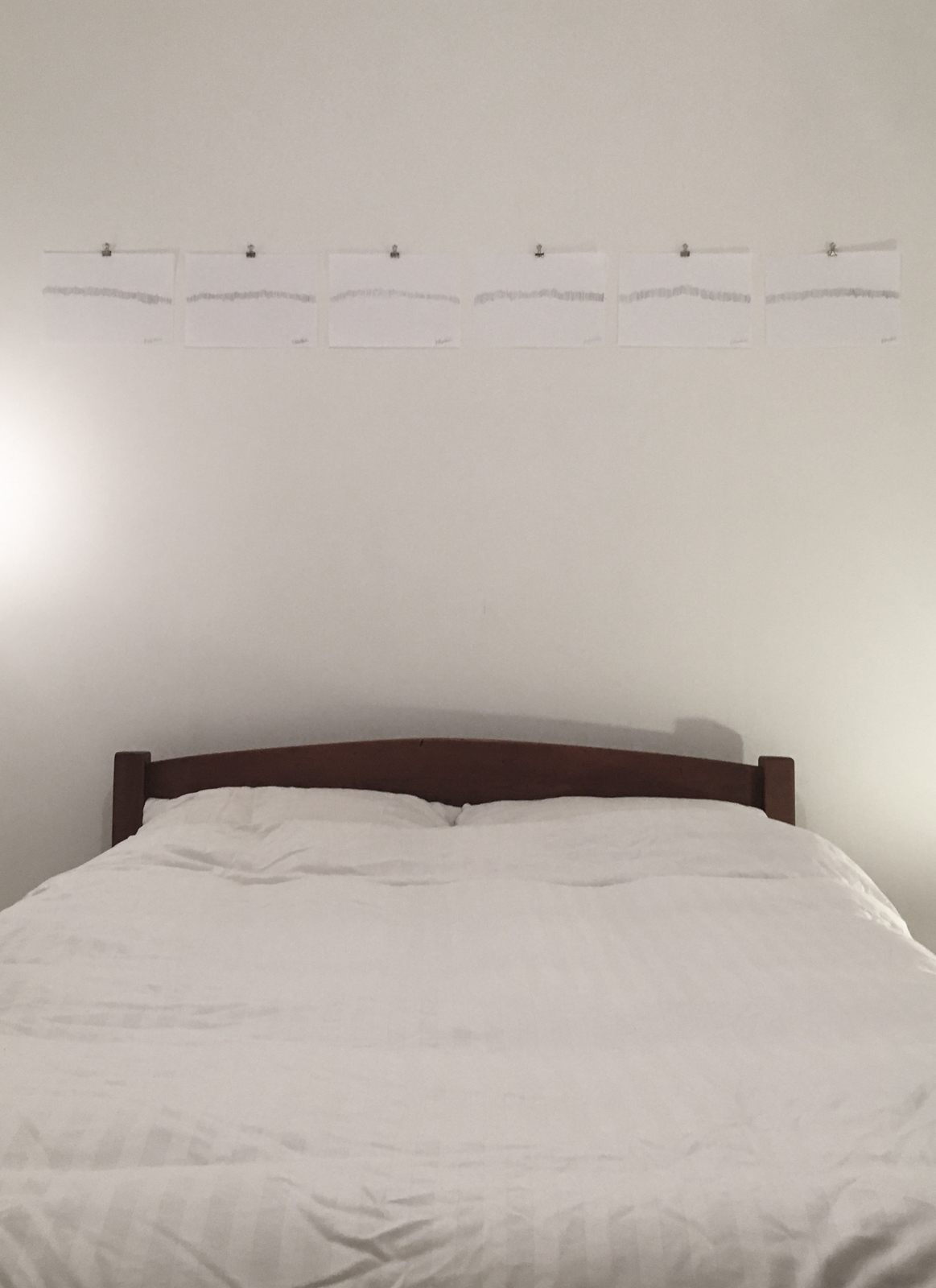 36,500
Pencil on Paper, 300mm x 210mm.
This drawing is part of a limited edition entitled 36,500. It comprises of 471 separate and unique artworks and all connected.
There are 36,500 lines and spaces in total. That’s how long we all have. Up to 100 years. 36,500 days. Most have less than this time. Some have more.
Each line is a distinct day and a moment in time, which we choose to use or abuse. To use or to waste. We sleep in between. Our bodies need the rest. That’s the gap, in between the lines. Our dreams helping us make sense of all that’s happened and getting us ready for the next day.
The viewer has to count their own life, if they wanted a precise view of the artwork. And really understand their own mortality. This quiet counting and contemplation could send some people mad, with a miscount sending them back to the beginning or give someone a sense of mediation. Giving gratitude to every day lived and survived.
A quiet contemplation of what the future held. When would their last line be drawn? When would it end? Do they have 10,000 days ahead or just 5,000? What are they going to do with these days? Does it change their perspective? Does it feel like a lot or a little?